Susan McConnel has a genuine passion for the Australian rural way of life. She has worked and lived on cattle and sheep properties all her life both in Western Australia and Queensland. She has surrounded herself with bush characters that have shared their narratives and has read fascinating stories and letters of the early settlers. These stories invoke in her a desire to share this rich Australian history by painting colourful quirky unique images.

Raised on a wheat and sheep farm near Wagin in Western Australia Susan spent her youth working with horses on sheep stations, riding with hounds, playing polocrosse and competing in agricultural shows horse riding events.

For her inaugural exhibition on 2008, Susan’s inspiration for her paintings came from acknowledging the uniqueness of her historical surroundings and the many stories that she has heard from her husband’s McConnel – Cressbrook family history. This exhibition proved to be an outstanding success with over 300 guests attending opening night.

The paintings of her horses and cattle in her exhibition draw much acclaim. With that in mind and trying to find a direction for her art Susan has drawn from her past passions and started on a new series depicting the relationship between man and beast within the Australian landscape and from Australia’s colorful bush history. Susan’s series include Harry Redford Bushranger aka Captain Starlight, The Kenniff Brothers Bushrangers, Leichhardt the Explorer, Australian Sport, Augathella History, Roma and Bush Characters. She has started work on the “cold case” death of Captain Logan at Mt Beppo, history of the circus and the female bushranger- Elizabeth Hickman. Susan has also completed numerous commissions.

Susan has been invited to exhibit in Roma, Tambo, Augathella, Blackall, and The Longreach Stockman’s Hall of Fame, Stanthorpe, Warwick, and Toowoomba. Her works have sold internationally and she has won awards. Susan is conscious of the struggles her bush contemporaries face with life on the land and has donated many paintings for charities to auction. She exhibited annually for 10 years with the 9 Ante Portas Charity Art Show where they raised substantial amounts for their chosen charities. Susan is a member of the Kilcoy Court House Art Gallery and exhibits there along with the other members on a regular basis.

Susan McConnel is a visual artist using oil on stretched canvases ranging in sizes from 33cm to 150cm. She will occasionally use an acrylic underpainting but predominately starts painting in oils. She uses primary colours to create the secondary and tertiary colours and will occasionally use white. The brush and application technique she prefers is the blended wet on wet technique on. 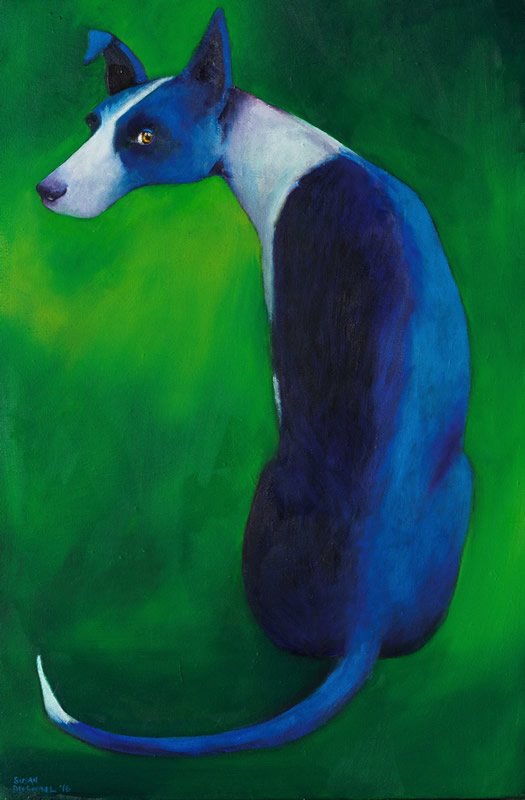 Department of Education and Training, Queensland

The Australian Artist and Talent Register