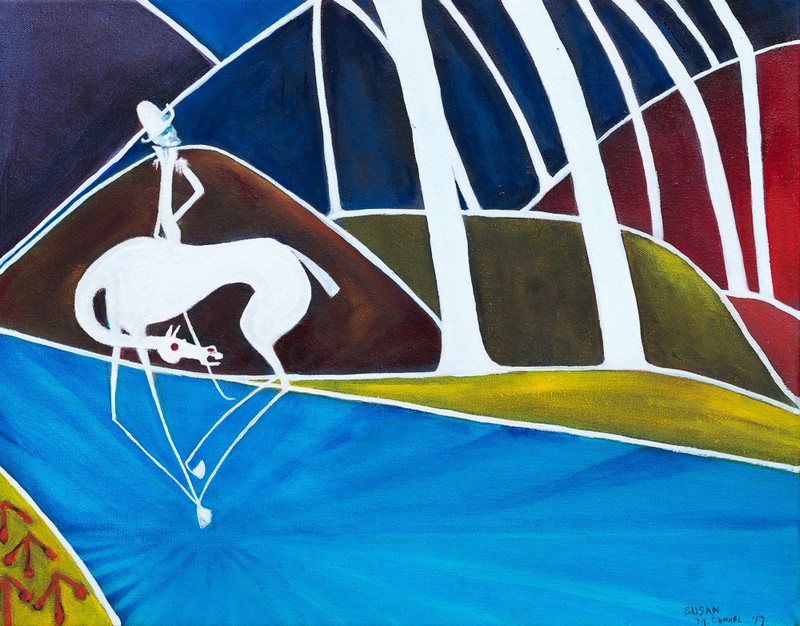 Captain Logan was sent to the Moreton Bay penal settlement where he assumed the duties of Commandant in March 1826.

A professional soldier, Logan was a man of action, and by the end of his first year of office, work had commenced on a hospital, surgeon’s quarters, gaol and barracks for the soldiers and convicts. These were the first permanent buildings to be erected in Queensland, and two buildings from this period, the Commissariat Stores in George Street, and the notorious Windmill of Wickham Terrace (both dating from the late 1820s) are still standing.

Logan’s first expedition, in August 1826 saw the discovery of the Logan River (originally named the Darling as a compliment to the Governor) and the re-discovery of the Southport Bar. In later expeditions he explored the Bremer River as far as Ipswich and accompanied Allan Cunningham, the Government Botanist on part of his journey to the gap which now bears his name. On this occasion Logan climbed to the summit of Mt Barney, then Mt Lindesay. This was then the most elevated point in Australia reached by a white man.

Patrick Logan is popularly remembered today as a “hard man”; a cruel tyrant and persecutor of convicts, a merciless and unimaginative despot whose power was wielded through the treadmill, the noose and the cat-o’nine-tails. That he had no sympathy for the convicts he was responsible for is obvious from the horrific stories which circulated about him even in his own lifetime, though his brutal behaviour would seem to stem less from any inherent sadistic streak than from an unshakeable belief in his own authority. An autocrat in every sense of the word, as far as Logan was concerned, the convicts were less than human; they had been sent to Moreton Bay to be punished, and idleness was not to be tolerated under any circumstances. In many instances he meted out punishments which he was not legally entitled to impose, lengthening the sentences of prisoners who had absconded by up to three years.

In 1830, after five years in Australia the 57th Regiment was posted to India. Logan decided to occupy his last days in the colony with yet another exploratory expedition. It was a decision which was to prove fatal. Exploring in the region of Mt Beppo in the Brisbane River Valley, he set off on his own and became separated from the rest of the party. An extensive search failed to find any trace of him other than his saddle and, about a week later, some leaves from his notebook, part of his compass and the bloodstained ruin of his waistcoat. By now hopes of finding the Commandant alive must have been fading quickly and, on the twenty-eighth of October the search party discovered the body of his horse, lying in a creek and camouflaged with boughs. Logan’s own badly decomposed body was found lying face downward and covered with sticks in a shallow grave on the other side; he was naked, and had been partially disinterred and eaten by dingoes. An examination by the settlement’s Surgeon Dr Cowper, revealed that his skull had been crushed by native waddies, and the official version of the story, as it subsequently appeared in the Sydney Gazette was that he had been surprised and killed by aborigines. The convicts, whose gleeful reaction to Logan’s death is recorded in the ballad “Moreton Bay”, preferred to believe that he had been murdered by escapees from the penal colony, a tradition which gains some credence from the fact that the aborigines of the area were not accustomed to burying their dead.