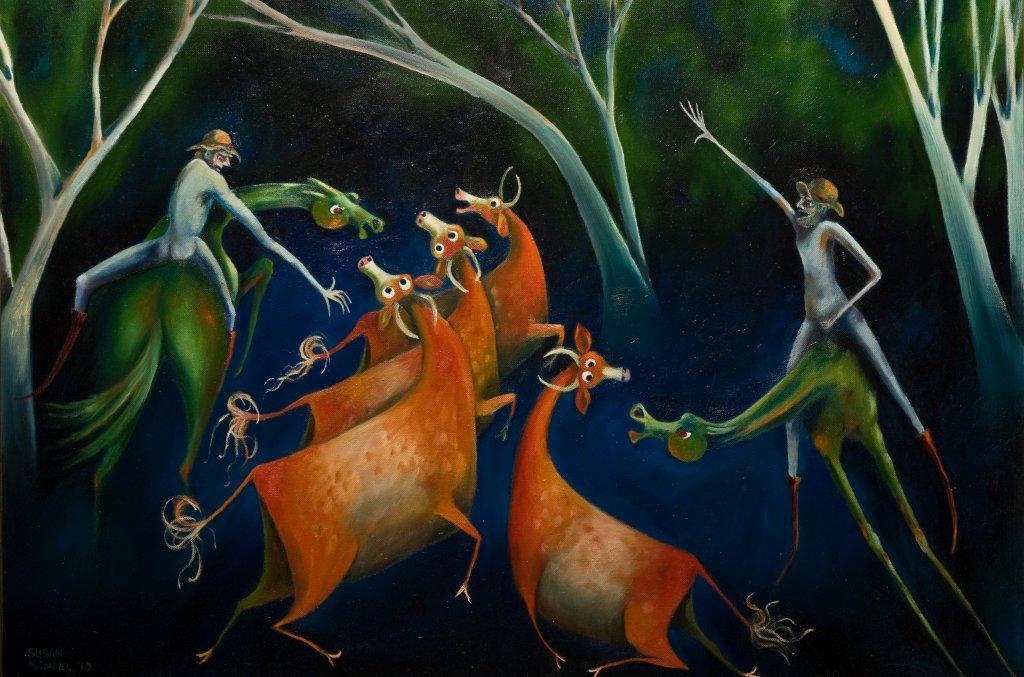 In the eighteen nineties stock stealing was rife in the country north of the Roma and Charleville districts. This was known as cattle-duffing, gully raking or moon-lighting.

The first indication that the Kenniffs were involved in cattle stealing was at the trial of Thomas Stapleton in March 1895. It became known that he was abetted by the Kenniffs in stealing cattle belonging to James Tyson, who had the leases Meteor Downs, Bibbiloora, and Carnarvon Stations.

At about the turn of the century the Kenniffs gave up accepting station work and became surly and truculent. The two brothers took to carrying Winchesters, and also Colt revolvers, which they kept in holsters inside their shirts.