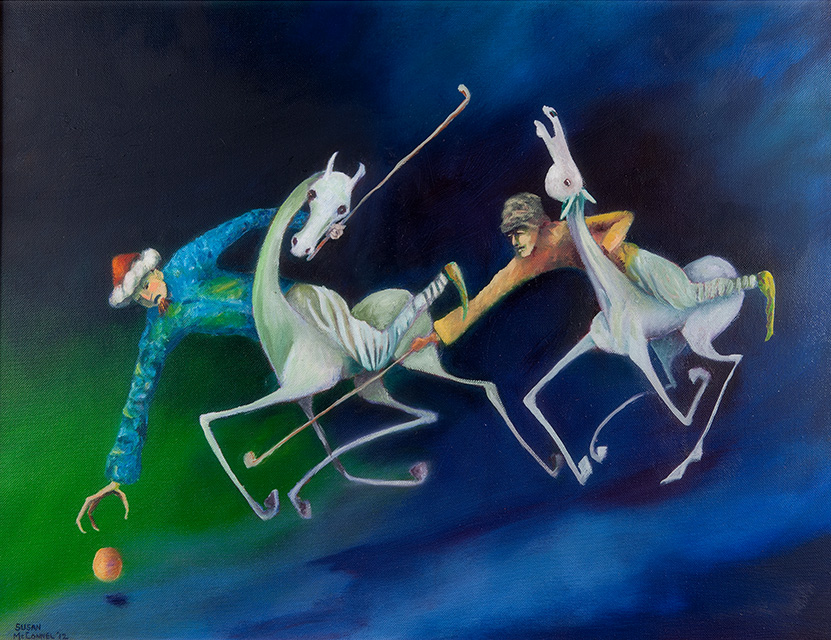 BETWEEN THE TURKOMANS AND THE PERSIANS. TURKOMANS VICTORIOUS. The origin of Polo goes back to Persia in the 5th century BC. Polo was at first a training game for cavalry units, usually the king’s guard or other elite troops. To the warlike tribesmen, who played it with as many as 100 to a side, it was a miniature battle. The first known game was between the neighboring Turkomans and the Persians in 600BC. The Turkomans were victorious. The Moguls were largely responsible for taking the game from Persia to the east and, by the 16th century, the Emperor Babur had established it in India. (It had already long been played in China and Japan, but had died out by the time the West came in contact with those countries). In the 1850s, British tea planters discovered the game in Manipur on the Burmese border with India. They founded the world’s first polo club at Silchar, west of Manipur. Other clubs followed and today the oldest in the world is the Calcutta Club which founded in 1862.