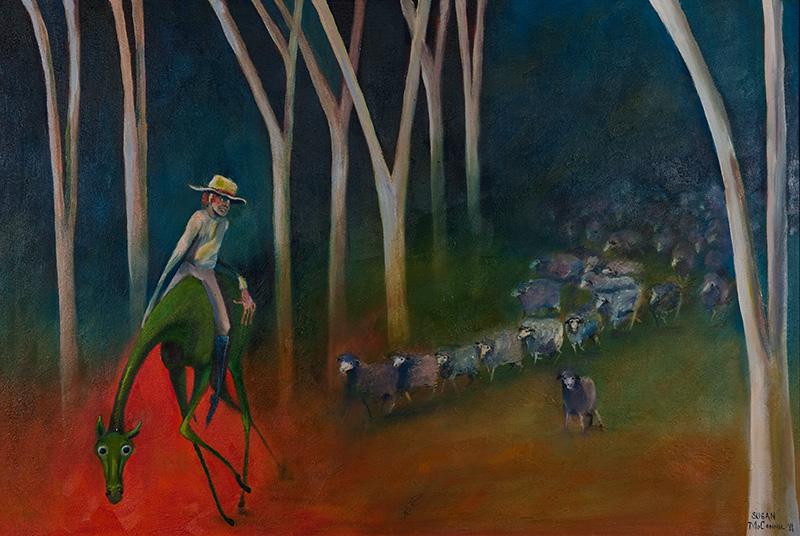 Shepherding its old world signification is suggestive of green soft pastures, clear rippling brooks, and a small flock of fat contented sheep, but shepherding 3000 weaners in long dry grass, although on horseback, driving 2 miles to water at the creek, continually rounding up, ejaculating and mimicking the yelp of a sheep dog, rattling your quart pot, and at the same time acting under instructions to allow the monkeys to spread is a delightful occupation.

I found George  in a fidget, he wished me to go back to “Burenda” and overland to Melbourne with sheep.  I had already spent a lot of money in travelling, my horses and saddles had been sent home and I firmly refused to abandon my trip south.

Oscar de Satge appeared on the scene the next day, and persuaded me to stand by the old man, he being George’s brother in law, I listened patiently to all he had to say.  After talking over everything through the night, I agreed to retrace my steps.  George came as far as Dalby with me, a fresh horse met me at Roma from “Coogoon”, and in a few days I was bustling about preparing for a 9 month journey with 30000 sheep