The Ranges Were The Best 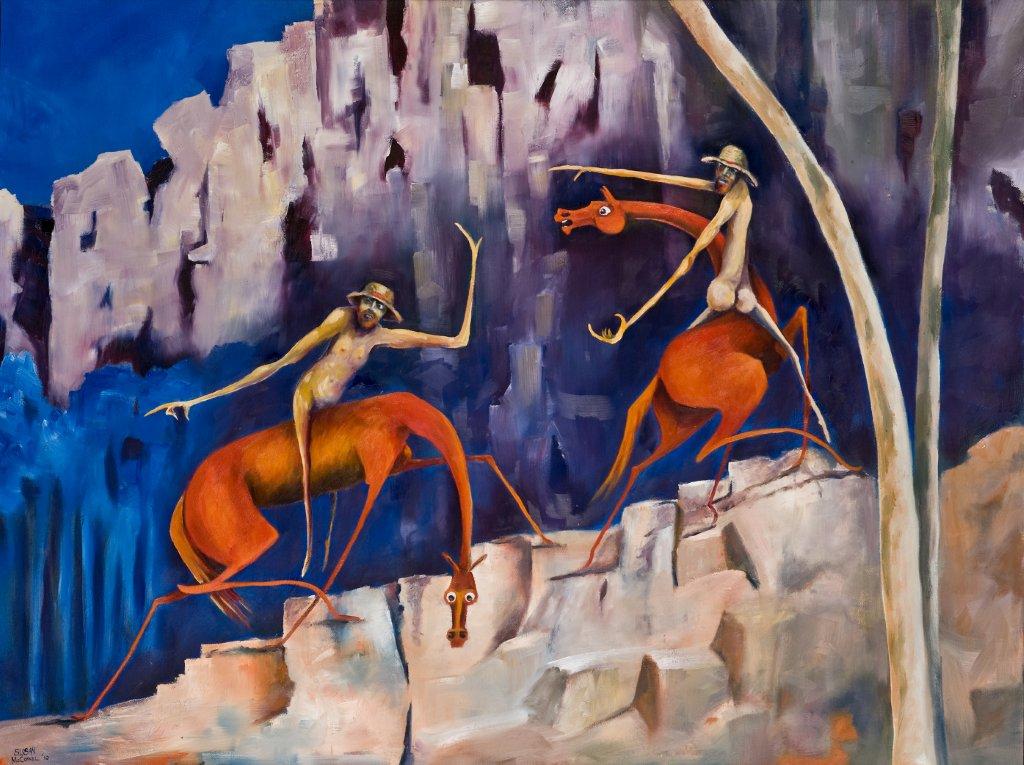 After the deaths of Doyle and Dahlke, Senior Sergeant Byrne, of Toowoomba, who had been sent out to investigate the theft at Merivale and the burning down of Sunnyvale outstation, set off with a constable in pursuit of the Kenniffs, who, Byrne guessed, would be leaving the district hurriedly in the direction of Springsure. Patrick and James Kenniff had completely disappeared.

Gradually, however, news came to hand of their movements. On April 4th three horses were stolen from a paddock 30 miles from Merivale. It was a continuation of the old feud, the Kenniffs having declared that eight horses on Merivale were their property. The Kenniffs were now on the run, riding eastward along the Great Dividing Range. They were reported having been seen in the Yuelba district, riding like demons on tired horses.

Once captured, the Kenniffs were escorted to Mitchell, and placed in separate cells in the lock up. Sub – Inspector Malone overheard Patrick say, “The ranges were the best.”