I Could Smell Their Smoke 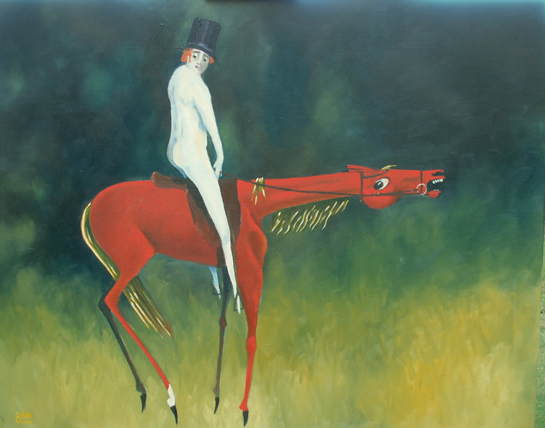 Extract from David McConnel to his mother dated October 6th 1842

………………About six weeks ago, as I was riding down to the settlement by myself, I was a little surprised by them. I came to a crossing place on the Brisbane River; on the banks of the river, is about 120 yards of “brush” or thickly timbered land all empty spaces chocked up with vines & under wood. Outside was a smoke, which I knew to be black’s smoke, but I didn’t see any, so ventured along the road through the dark and gloomy brush; as I went down, I heard reeds rustling behind me, so trotted on, turned round a sharp corner into the bed of the river & saw 4 blacks with spears in their hands about five yards of me; they were taken by surprise. They looked at me, & saw a brace of loaded pistols on my saddle, were afraid,& so attempted to pass off things jocosely, & said “Good morning”; “name you”, then one of them said; “me Sydney” (I understand); “I believe, Mister McConnel”; to which I answered “Youai” (yes) then asked their names, & where their country was, & “name you”, Name yarrone beonging to you:,”what for you sit down creek”, they said “we spear him fish”, “how many white fellow sit down, close up”, along with you”, now this was a home thrust, so I said “Three fellow close up:, knowing at the time that there were three men coming about 5 miles off; all this happened without my stopping my horse, so I said good morning & was out of their reach, but was not comfortable then, for I had five miles of scrub to ride close to, & all the was I saw black’s smoke – several times heard them cooeeing or shouting; as long as I had arms with me, there was no danger.