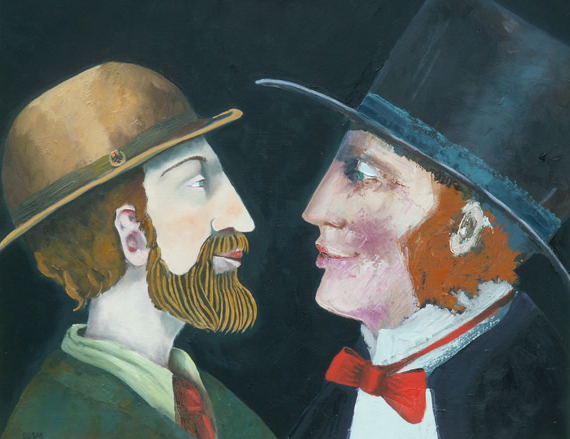 McConnel was the first white man to enter the Brisbane Valley, travelling overland from southern New South Wales and crossing the Darling Downs to settle his run on the 15th July 1841.

On 11 November 1843, Leichhardt arrived at McConnel’s Station. He wrote in his diary..

”He has a very comfortable dwelling and his run here is very suited to cattle and sheep raising. Usually this run is regarded as the best in the whole district. Mr McConnel has 1300 head of cattle and about 10000 sheep. His lambs give 95 – 97%, which is extremely favourable. The cattle keep to some open flats under these mountains and the sides of Stanley Creek ( later renamed the  Brisbane River ). The sheep are in a more hilly area at Cressbrook” ….

Of our native flora and fauna he wrote:

“You cannot imagine what a rich impression the Moreton Bay Chestnut Castanospermum australe makes with its dark green pinnate foliage and the short racemes of red and yellow flowers shooting from the branches and next to it is a Melaleuca with linear lanceolate leaves of pale green colour adorned as a cloth of white honey-scented flowers. So on the banks of the rivers and streams colours succeed colours now. One as beautiful and more beautiful as the other. After the red Calothothamnus finishes flowering, the white Melaleuca and the red and yellowish Castanospermum come. Already the buds of Kullu mistletoe are developing, which probably in two weeks will be a new adornment of the murmuring streams or of the tranquil waterholes inhabited by tortoises and Ornithorynchus. “