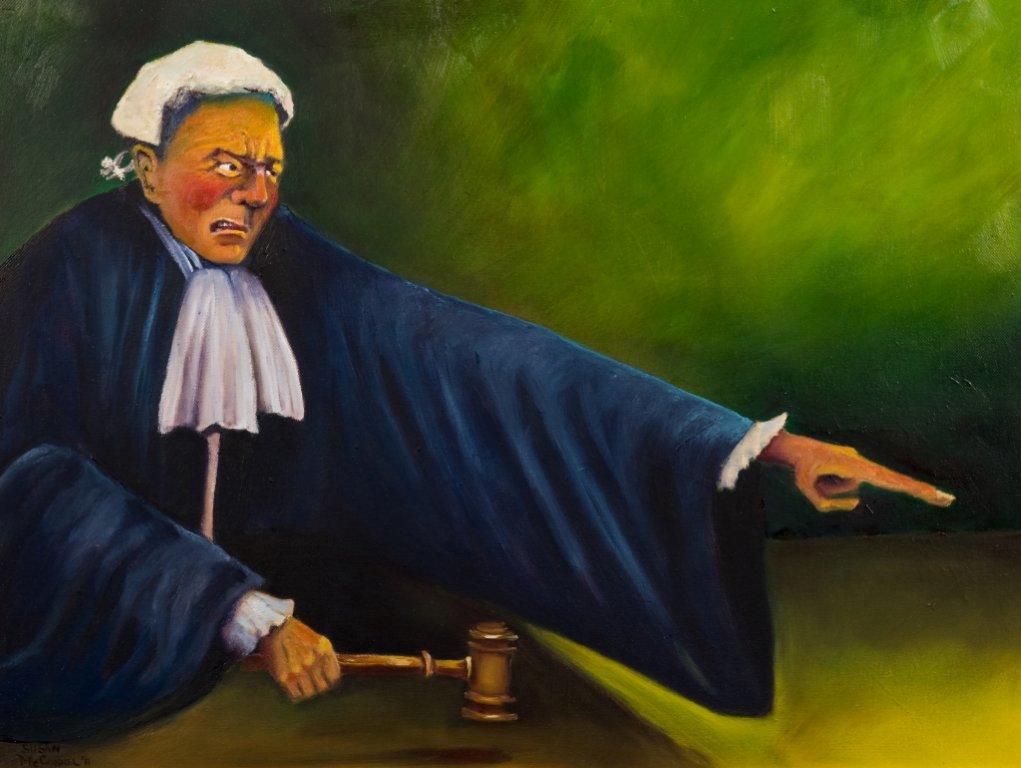 The jury retired to consider their verdict at 9 o’clock, and returned to Court about 10 with a verdict of ” Not guilty.”

The prisoner was discharged

The Court was crowded in every part, and much surprise was evinced at the verdict, in which the Judge joined ; and, after having requested the foreman to repeat it, observed,

“Thank God, gentlemen, that verdict is yours, not mine.”

The costs of the witnesses in this case, I am informed, were over £600.

Blakeney, Charles William (1802 – 1876) In 1870 over a thousand cattle disappeared from the Bowen Downs station, near Longreach. Six men were indicted; at the first trial they were acquitted by the jury on the grounds that the evidence was largely circumstantial; at the second trial the case broke down and did not go to the jury. One of the accused, Henry Redford, could not be traced for the first two trials but was finally apprehended in 1872. After detention for a year he was brought to trial in February 1873 and refused bail by the Roma bench, an action which Judge Alfred Lutwyche considered to be ‘grievous oppression’. At the trial the case against Redford seemed clear. It was supposed that he and others took the cattle from Bowen Downs but only one beast, a valuable white bull, was identified. It was seen by an agent for Bowen Downs in South Australia in the possession of Walke, who swore that he bought the bull from Redford and that Redford signed a receipt as Henry Collins. When the jury returned a verdict of not guilty, Blakeney commented: ‘Thank God, gentlemen, that the verdict is yours, not mine’. In letters to the Brisbane press members of the jury justified their verdict on the grounds that the witnesses were unreliable. One juryman blamed the judge, claiming that he was prejudiced and too severe. In parliament William Miles claimed that ‘Judge Blakeney tried his cases in the coffee rooms of public-houses, and made remarks as to what he should do with certain persons if they came before him’. In April 1873 the government reacted to these adverse comments by depriving Roma of criminal jurisdiction in the District Court for eight months. This deprivation roused much criticism of government interference, the Roma juries and the unsuitability of Blakeney as judge. In August 1875 Blakeney resigned after a paralytic stroke. He wandered from his son’s home, Cooltigue, at South Brisbane on 12 January 1876 and his body was found in the Brisbane River two days later. The coroner returned an open verdict.