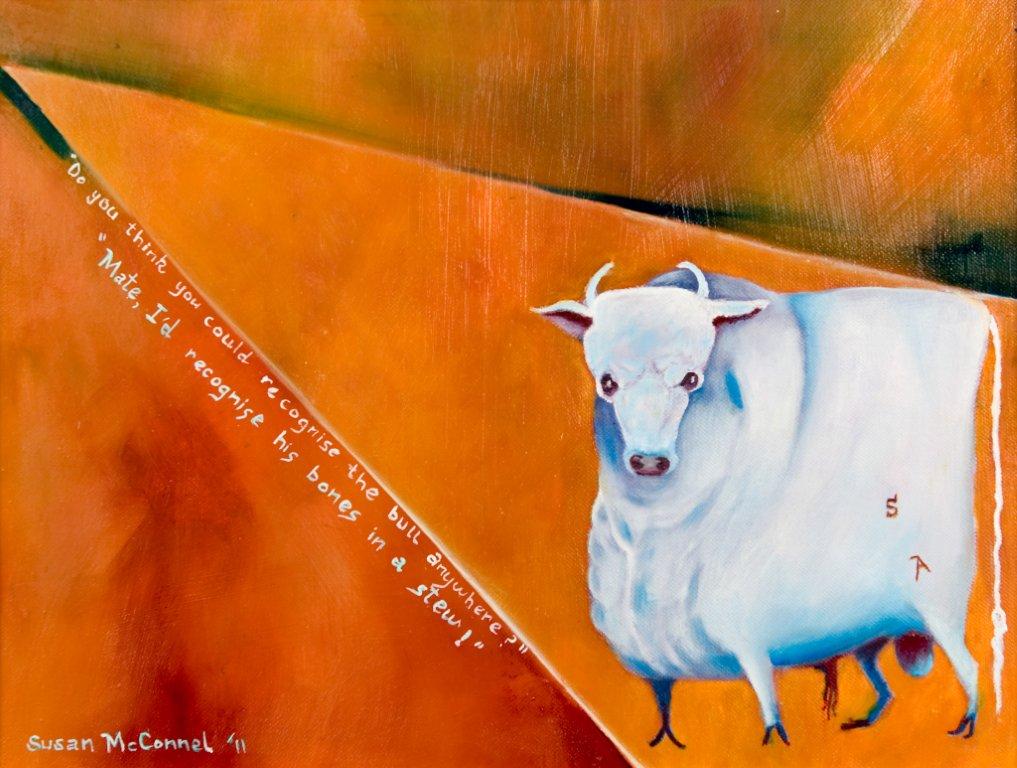 The first witness called was a cattle overseer on the Bowen Downs station owned by Messrs Morehead and Young.

He had been sent to Gracemere Station, near Rockhampton, to select and purchase bulls. He selected one, a very valuable Imported bull, of pure white colour, branded A on the near and off rump.

When he   selected the bull he placed an additional brand   on him – namely, S on the loin.

The bull outside the Court was the animal he bought at that time, he could not be mistaken as to his identity, irrespective of any brands which appeared on him, he is a very remarkable beast.

As the evidence hinged largely on the identification of the white bull, the Prosecutor asked:

‘Do you think you could recognise the bull anywhere?’ The answer came back: ‘Mate, I’d recognise his bones in a stew’.