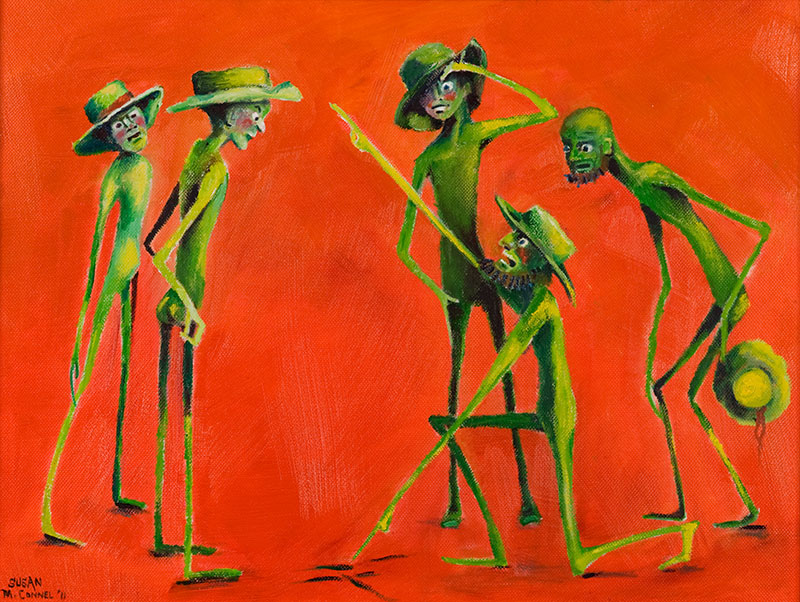 Harry plotted with James McPherson, McKenzie, George Doudney and William Brooke to steal cattle from Bowen Station and move them south for sale. They went 25 miles up the Thomson River and built cattle yards in the channels. Once completed, they mustered small mobs of cattle and stragglers from Bowen Downs station, the biggest in the area at about 1.75 million acres (about 700,000 hectares), and then drove the herd down the channels to another property. (Forrester’s Camp).

When about 1,000 cattle were assembled, plans were made to drive them overland to South Australia. Two of Redford’s men refused to accompany him on a trek through largely unexplored country so Redford and two other men set out from a point reputed to be about 35 kilometres west of Isisford. They split the cattle into three mobs to avoid a suspiciously large dust cloud and followed the Barcoo River down to its junction with the Cooper, staying on the north side and crossing at a point close to the depot of the ill fated Burke and Wills expedition of 10 years earlier. The cattle were overlanded through largely unexplored country, travelling along the Barcoo River and Cooper Creek as well as the Strzelecki Track into South Australia.