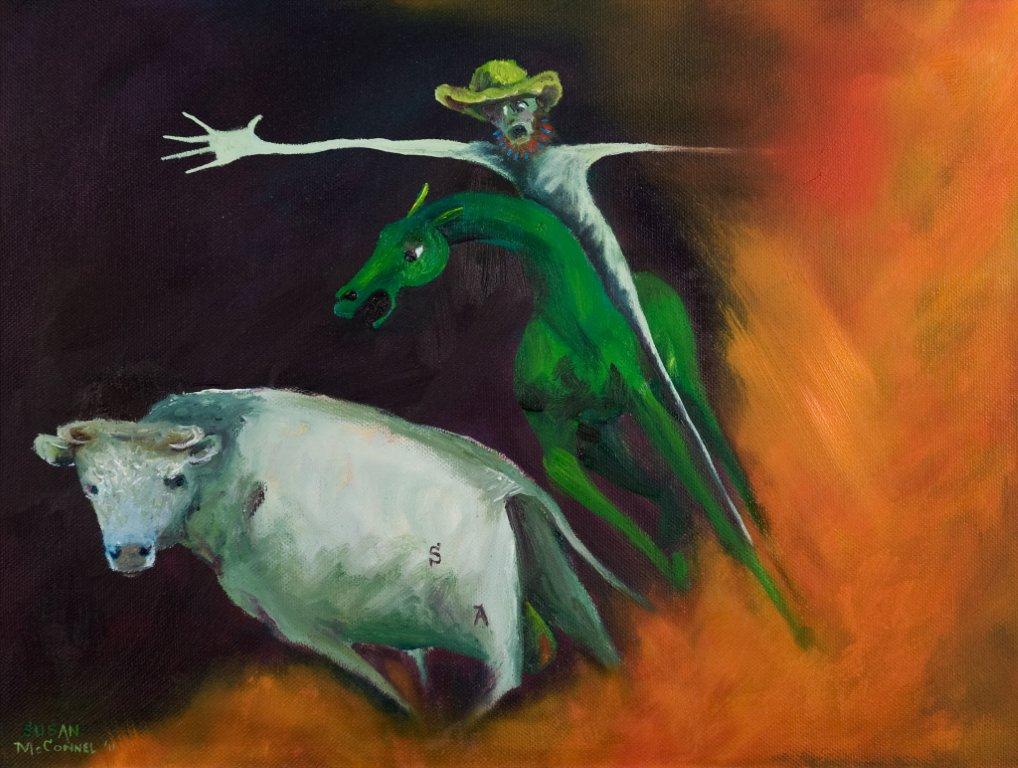 In early 1870 Redford, after recruiting four men, started work on cattle yards in a secluded gully that led to the Thompson River. The mustering of many small mobs of cattle from remote parts of Bowen Downs started in earnest. When he had about 300 in the yards they were then driven 40 kilometres south to another property. It was while droving one of these mobs south that Redford included a white pedigree bull in the mob, a bull imported from England, with quite distinctive markings and brands.

(Owners of Bowen Downs, Messrs Morehead and Young, sent their overseer to Gracemere Station, near Rockhampton, to select and purchase one or more bulls. He selected one, a very valuable Imported bull, of pure white colour, branded A on the near and off rump. When he selected the bull he placed an additional brand on him – namely, S on the loin.)

Redford did not want the bull but as is often the case, he found it very difficult to chase one lone animal away from the herd. This bull was to be a major problem to Redford.