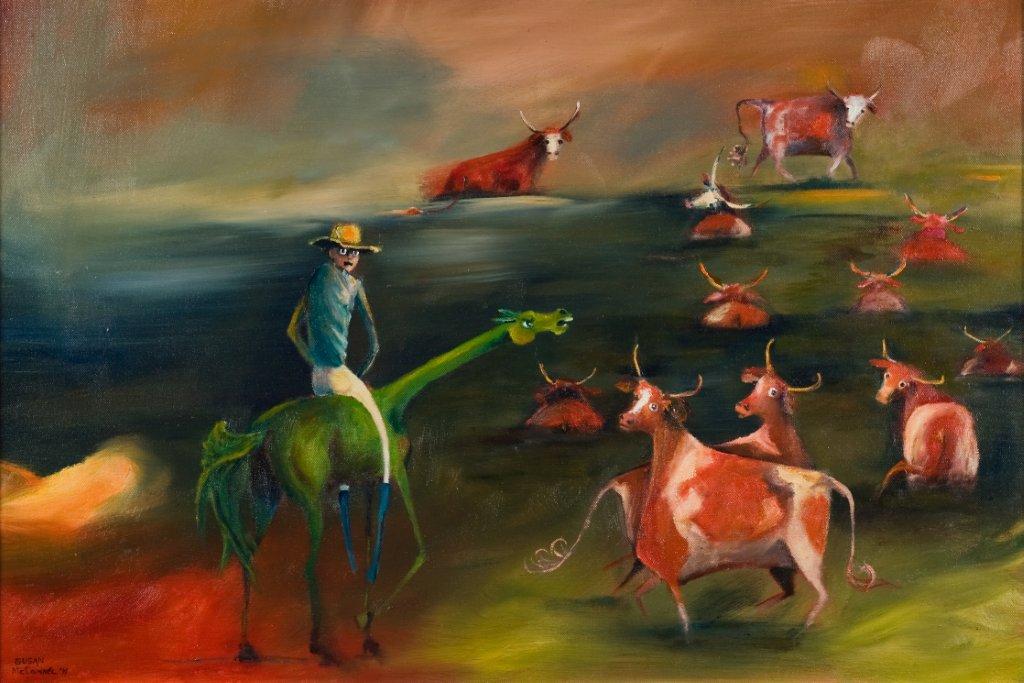 Harry Redford stole 1000 head of cattle from the Aramac district and drove them to Adelaide to sell them. He picked a time when it was raining and knew that the water down Coopers Creek would give him two weeks grace before he could be tracked. This was quite a feat as this was largely unchartered area.

By June 1870 the group had come to Artracoona native well, some 1,200 kilometres from their starting point, and close to Wallelderdine station (called Hill Hill Station in most publications). Redford, running short of supplies, introduced himself to Alan Walke, a store keeper near the station, as Henry Collins whose brother owned a property in outback Queensland. Redford sold the white bull and two branded cattle to Walke in exchange for supplies.

He then moved the mob on between Lake Blanche and Lake Callabonna, arriving first at Mt Hopeless and then Blanchewater. The station manager, a man named Mules, purchased the entire mob for $10,000. It is not known if Redford ever received any money for this transaction as all he took to Adelaide was a note promising payment in six months.