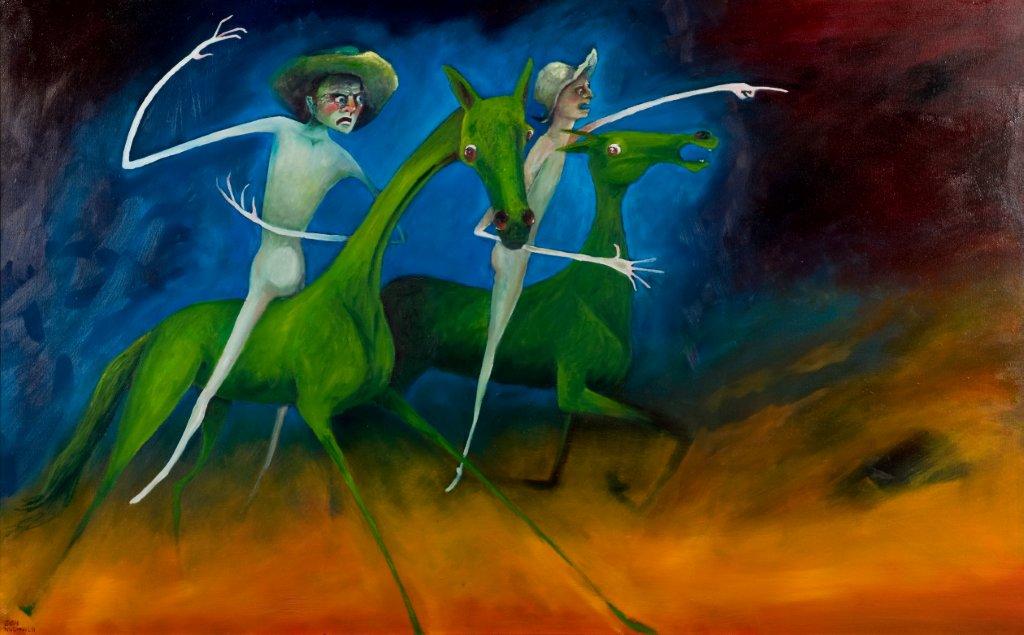 Harry Redford realised that many holdings were so extensive that stock from isolated portions would not be missed for some time, if ever.

Along with James McPherson, McKenzie, George Doudney and William Brooke, he mustered small mobs of cattle and stragglers from Bowen Downs station, the biggest in the area at about 1.75 million acres (about 700,000 hectares), and then drove the herd down the channels to another property. (Forrester’s Camp).

When about 1,000 cattle were assembled, plans were made to drive them overland to South Australia.