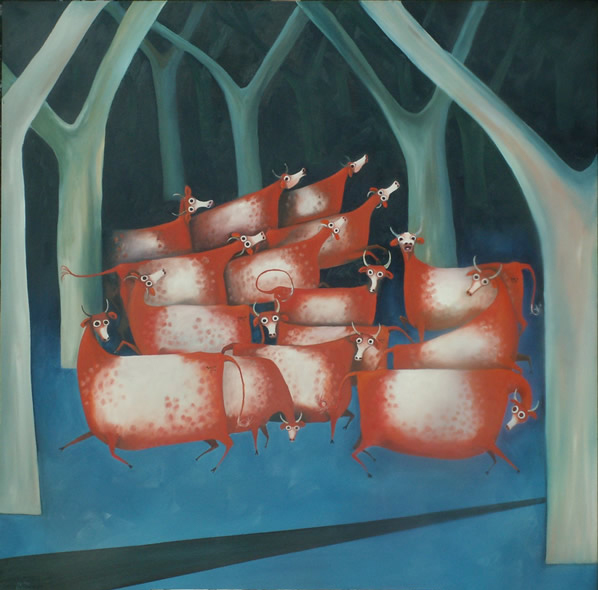 Extract from a letter from David McConnel to his brother Frederic dated October 27th 1844.

………… Before & ever since you left, the blacks have bee repeatedly reducing our cattle not with tallow or salt beef for sale, but into fresh meat for their own consumption & into a few dead skeletons & a great many living ones. We mustered the cattle the other day & were 39 head short, but a few of those probably were on the run in some snug corner. We believe that there is a white man with them, for these reasons 1st that we have several times seen tracks of a man wearing shoes, among the blacks’ tracks; now the blacks hate wearing shoes, they cramp their feet. 2nd their attacks on the cattle display such cunning & judgement, that we think there is a white man to assist them. They make a smoke at one part of the run & attack the cattle at another. They drove all the cattle off the plains, & over four camping grounds, & then the whole of the cattle went into the scrub near Scott’s station; some of those cattle ran through scrub & down the river 20 miles without ever stopping, a few joined Scott’s cattle. The rest came back again the next day.